Last edited by OxfordLieder on 10 January 2021 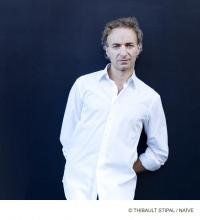 Live-streamed from the Holywell Music Room, presented by Petroc Trelawny

Following our earlier Song Connections event, we hear Schubert’s extraordinary response to Müller’s poems in one of his greatest works, Winterreise. Dietrich Henschel is one of the leading international baritones, bringing an illuminating insight to everything he sings. Emerging soprano Anna Cavaliero begins the concert with two of Schubert’s great songs: one to the autumnal moon; the other to the winter night.

“Baritone Dietrich Henschel is a towering figure, physically, intellectually, musically and theatrically. His prowess as an interpreter, by which I mean precisely his ability to get below the surface of a song and right into its soul, is extraordinary.” Herald Scotland

Both evening recitals at this festival begin with a short performance given by an outstanding young singer: artists who are already forging impressive careers but have faced immense setbacks in the recent crisis. This evening we welcome Anna Cavaliero, who impressed at one of our Song at Wolfson concerts last year, and also gave a superb performance in one of our Song Connections events, performing songs accompanied by Julian Perkins playing the famous Kirckman harpsichord at the Ashmolean Museum. A graduate of Cambridge University and the Royal College of Music, Anna Cavaliero also studied with Barbara Bonney at the Mozarteum in Salzburg and was a member of the studio of the Opéra National de Lyon.

This concert will be streamed completely live from the Holywell Music Room. Shortly afterwards, it will also be available to watch again, using the same ticket and link, until 21 March (11 April for Pioneer Pass holders).

This event, along with all events in the Winter into Spring weekend will be broadcast online on our website. Click here for further information on how tickets will work this year: www.oxfordlieder.co.uk/ticket-help

Festival Passes giving access to the whole weekend of music are also available for purchase on our website:
Full weekend pass (£40) - view all festival events live online & on demand for 3 weeks
Pioneer Pass (£80) - as above, but with 6 weeks to view on demand
Pioneer Plus Pass (£100) - as above, plus access to selected Oxford Lieder Festival 2020 archive footage