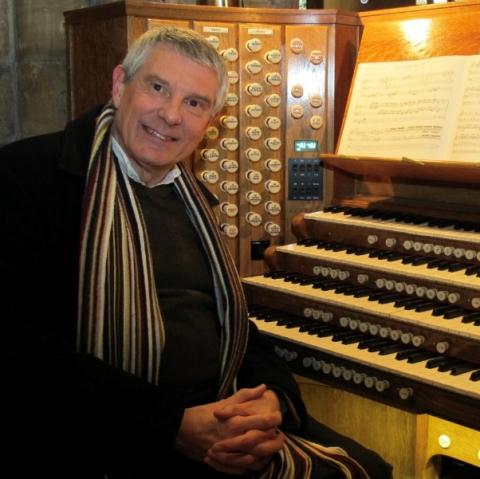 Prize-winning organist, harpsichordist and recording artist Michael Overbury plays a varied programme of works from the 12th to 20th centuries. A selection of his recordings will be available for sale.

Refreshments available before and after the recital. Free entry. Retiring collection in aid of Wolvercote Young People’s Club.

Biography: Michael Overbury's  early musical influences centred on Farnham Parish Church where he was introduced to the glories of the English liturgical tradition. Tuition with Stephen Thomson led to an Organ Scholarship at Corpus Christi College, Cambridge, where he read music, studying with Gillian Weir. After graduating he was, successively, an assisting organ scholar at King's College, Cambridge, Assistant Organist at New College, Oxford, a deputy organist and choir master at the Cathedral and Abbey Church at St Alban's, Master of the Song School at Newark, and Director of Music and Organist at Worksop Priory.

After winning First Prize in the 1982 Manchester International Organ Competition, he appeared twice as soloist at the Royal Festival Hall, has continued to play with numerous choirs and orchestras, and has featured on several recordings. Michael is a founder member of Mvsica Donvm Dei, playing on period instruments, with whom he recently appeared on Radio Three live from Kedleston Hall, and also harpsichordist for the chamber trio Continuum, with whom he has recently performed at the Handel House Museum in London. He has for many years written
reviews for the Organists' Review.