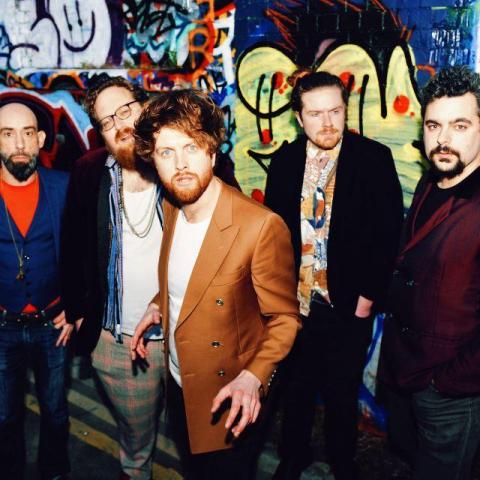 Rum Buffalo play with rhythm and melody. Mingling many genres, they blend blues, fiery pop-rock and space punk with filthy synths and epic horn lines. The band have stormed the London music scene with their unique and powerhouse sound. Known for their unforgettable shows, their live performances are packed with massive bass lines and carried by unified melodies.

Their new single, Dark Mountain, is out now. Since their formation, their jet-powered live show has stormed the UK live music scene, performing to 10,000 on the Truth stage at Glastonbury as well as Boomtown Fair, Shambala, Wilderness, Buskers Bern and dozens of other festivals.

Their unique performances border on the surreal, with three-piece horn section, and fire performance brought together the 8-piece band have toured the world, with performances in Iceland, Switzerland, France, Turkey and Malta, along with a string of gigs in New York City, which included a show at Manhatten's Rockwood Music Hall.