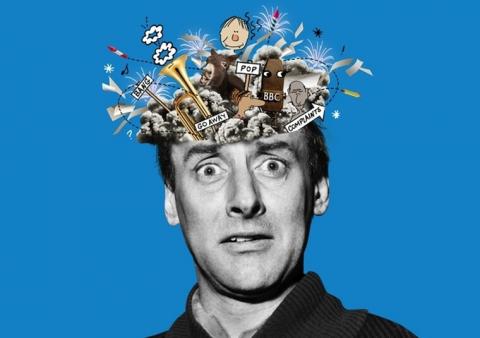 It’s the booming fifties, and Britain is in the clutches of Goon mania as men, women and children across the country scramble to get their ear to a wireless for another instalment of The Goon Show. While Harry Secombe and Peter Sellers get down to the serious business of becoming overnight celebrities, fellow Goon and chief writer Spike finds himself pushing the boundaries of comedy, and testing the patience of the BBC.

Will Spike’s dogged obsession with finding the funny elevate The Goons to soaring new heights, or will the whole thing come crashing down with the stroke of a potato peeler?

SPIKE is an absurdly funny new play by Ian Hislop and Nick Newman (The Wipers Times, Trial By Laughter, A Bunch of Amateurs) that delves into the inner workings of one of our most unique and brilliantly irreverent comedy minds.

The cast includes Olivier Award-winning actor John Dagleish (Sunny Afternoon) as 'Spike Milligan' with Stephen Fry as the voice of the 'BBC Announcer'.

Extracts from The Goons used with the kind permission of Spike Milligan Productions.