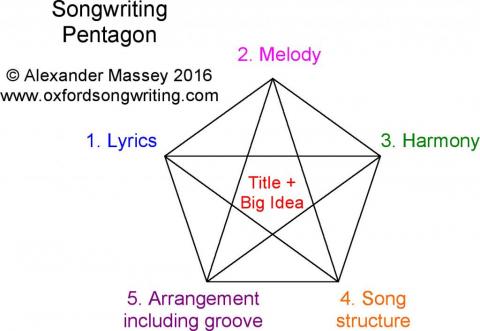 This meeting is hosted and taught by Alexander Massey, founder of Oxford Songwriting - www.oxfordsongwriting.com - and Oxford Songwriters Meetup - https://www.meetup.com/Oxford-Songwriter... .

How do we get beyond our first draft of a song – music and lyrics? How do we rewrite it to improve it? Where do we start? Are there some basic guidelines? As part of the session, Alexander Massey, founder of Oxford Songwriting, and Oxford Songwriters Meetup, will be giving a masterclass to local singer-songwriter Julian Sharples, working on one of his songs ‘in progress’.

A message from Julian, our songwriter in the spotlight:

"I am an experienced and avid songwriter and am always looking to improve my songwriting. In the 1980s I founded and ran a Soho-based audio production company writing and producing music for TV and radio campaigns. Commercials included Cadbury’s ‘Double Decker’, Barclays Bank, Aquafresh toothpaste, Heineken lager and Zanussi – ‘The appliance of science’.

"I play guitar and sing, both acoustically as a solo act, and also as the frontman of a band called Chasing Daylight, which plays my material. The band has had success locally headlining the Oxford O2 Academy and supporting Chas and Dave. Next year we will be supporting The Blockheads. Nightshift magazine said of us: “The band’s mix of Blockheads, Kinks and John Otway mines a peculiarly English seam of silliness, Britpop and r’n’b.” My main songwriting influences are The Beatles, The Kinks, Madness, Ian Dury and The Blockheads and chart music from the early 1970s."